Dentists have made great strides in dental health since the old days. Now, with proper dental care, you can keep your teeth all of your life.

Did you know that tooth decay is the second most common disease in America, second only to the common cold?

Well, most of this tooth decay can be avoided by exercising some simple daily preventative dental hygiene habits.

Here are a few quick tips to keeping your teeth and gums healthy:

Brush your teeth at least twice a day to remove bacteria that can turn into plaque and eventually tooth decay.

Floss daily to reach the 35 percent of your mouth that your toothbrush cannot reach.

Use fluoride regularly – through drinking water, toothpaste and dental supplements – to strengthen your enamel and prepare against acid attacks…

Visit your dentist at least twice a year! Dentists can spot potential problems before they wreak havoc on your teeth and mouth…

Plaque is a sticky film that is constantly forming on the areas of your teeth. This film made up of bacteria, saliva and food particles. It uses sugar and other carbohydrates to grow and produce acids that can build-up around and between the teeth. Without proper brushing and flossing, these acids dissolve the minerals that make your tooth enamel hard. Tiny holes will appear at first, eventually combining to create one large hole – known as a cavity.

Plaque also enhances the hardening of minerals into a rough deposit called calculus, or tartar. Once tartar has formed brushing or flossing cannot remove it – it must be removed by a dentist. This plaque can irritate gums causing them to turn red, swell or bleed easily – the early stages of gum disease. Eventually, this condition can cause gums to pull away from the teeth and can lead to early tooth loss. During a normal prophylaxis (professional cleaning), the dentist removes this build-up.

It is important to maintain a good routine of dental care because your tooth enamel does not contain nerve fibers, which means you will not immediately know you have a cavity. You won’t feel the pain until the acids reach the sensitive dentin/pulp area that lies beneath your enamel and by that time, you already have tooth decay. Going to a dentist every 6 months can help catch tooth decay in its early stages.

Brushing your teeth after meals and snacks removes plaque, the sticky bacteria that causes tooth decay and gum disease, to produce a clean, healthy mouth, fresh breath and a sparkling smile. Brushing 2-3 times a day greatly reduces the risk of cavities.

Use a soft-bristled toothbrush and replace every 3 months. Hard bristles can hurt your gums.

Use an ADA accepted fluoride toothpaste. Fluoride slows down the breakdown of enamel caused by acids and re-mineralizes the enamel.

Brush for at least two full minutes. Less than 2 minutes does not allow sufficient time to break apart the acids that have built up on the teeth.

Don’t forget to brush your tongue. Brushing your tongue removes bacteria and freshens your breath

Hold your toothbrush at a 45 degree angle against the gums and move the brush back and forth across the outer and inner tooth surfaces in a gentle, massaging motion. Don’t forget your back teeth.

Don’t be too rough. Aggressive brushing can wear away the gums and make your teeth very sensitive.

Dentists estimate that 10-20% of the population actually damages their gums as a result of over-aggressive brushing. -Wall Street Journal

Recommendations for Brushing with Braces

Use an orthodontic toothbrush recommended by your orthodontist – These can prevent breakage of orthodontic appliances and are designed to reach better than standard toothbrushes.

If possible, use an electric toothbrushes with an orthodontic head. The high speed vibrations created by the electric tooth help break down plaque.

Use a fluoride mouth rinse recommended by your orthodontist. This gives your teeth extra strength to fight tooth decay and helps wash away plaque.

Some people think flossing is not as important as brushing, but it is just as important. Flossing daily removes plaque and food particles from between teeth and under the gumline – cavity-prone areas your brush can’t reach. If this plaque is allowed to build-up under the gumline, gums can become irritated and eventually lead to gum disease.

Wrap an 18-inch strand of floss around your middle fingers and hold a one-inch section tightly between your thumbs and forefingers.

Ease the floss between teeth, using a gentle rubbing motion.

Clean up and down several times while curving around teeth at the gumline.

Don’t forget to floss behind the last tooth.

At first, your gums will need to get used to the flossing and may bleed or become sore for the first few days. This should stop in a few days after your teeth become used to the procedure. However, if bleeding continues after a week or so, call your family dentist or us.

Failing to floss leaves 35 percent of your tooth surface uncleaned!

Recommendations for Flossing with Braces

Even though it is more difficult than without braces, it is important to floss daily.

Use a floss threader to help guide floss between braces or under the archwire.

Rinse your teeth to wash away food or other particles that you have removed.

Beyond brushing and flossing, you can help maintain your oral health by avoiding the following health hazards:

Smoking cigarettes or cigars can causes a number of oral side effects, including:

Red inflammation on the roof of the mouth (“smoker’s palate”)

Delayed healing of the gums

Approximately 75 percent of all oral cancers in North America are associated with tobacco use and alcohol consumption.

Chewing Tobacco
Smoking cigarettes and/or cigars is not the only cancer-causing habit – chewing tobacco can be equally detrimental to your oral health. These products, which include dip and snuff, are linked to cancer of the cheek or gums. Another major side effect of chewing tobacco is gum recession, when the gums react to the presence of the tobacco “wad” by receding along the tooth root.

Oral Piercing
Research also shows that oral piercing – most commonly involving the lips, cheeks and tongue – can lead to infection, tooth damage and difficulty with speech and breathing. The moist, bacteria-filled oral area is an ideal setting for infection and injury, and the frequent introduction of fingers into the mouth only increases this likelihood.

Tongue piercing can also cause the following health hazards:

Swelling that can compromise breathing

Severed blood vessels that can cause prolonged bleeding

Cracks in teeth or chips in lip from jewelry

Development of hypersensitivity to jewelry metals

Request Your Appointment
Your Top-Rated & New Favorite Orthodontist in San Antonino, TX
Very friendly and clear about every step of the process. I would definitely recommend this location if you are hesitant about orthodontic work done. Wish I done it sooner! Nothing but positive things to say!Robert Mancha
Read Reviews
The reviews listed are from actual patients of Cochran Orthodontics. Individual results may vary. Reviews are not claimed to represent results for everyone.
Meet Dr. Devin Cochran Dr. Devin Cochran is a top-rated orthodontist in San Antonio, TX, who has been transforming smiles since 1985! In addition to his extensive experience, he brings compassionate and personalized care to our patients every day. Dr. Cochran's mission is to provide high-quality care in a relaxed and comfortable environment. He specializes in all aspects of orthodontics including traditional braces, clear, lingual (hidden), and Invisalign. Dr. Cochran invites you to discuss your goals at your complimentary initial appointment and look forward to helping you achieve your best smile! Learn More About Dr. Cochran 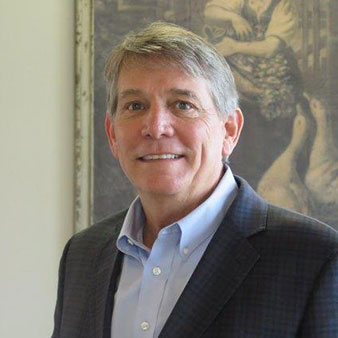